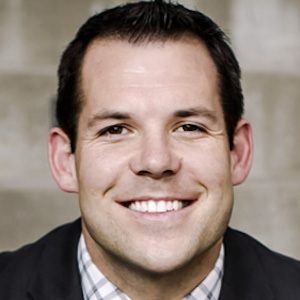 Bobsledder and former professional football player who was a member of the United States' bobsled team at the 2014 Olympics. He played for the Buffalo Bills, Green Bay Packers, and Saskatchewan Roughriders between 2007 and 2009.

He attended the University of North Texas, where he was a three-time All-Sun Belt Conference member. He was also a member of the track team in college.

He founded the student-athlete marketing company The Athlete Watch. He's a member of North Texas Hall of Fame.

He was born in Pennsylvania, but went to high school in Texas. His wife's name is Amanda.

He and Justin Olsen competed together at the 2014 Games.

Johnny Quinn Is A Member Of