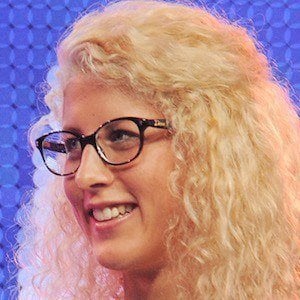 Cross-country cyclist who gold at the 2014 and 2015 UCI Mountain Bike World Cups. She also won a gold medal at the 2015 European Games.

As a junior competitor, she won three consecutive gold medals (2012-2014) in the U23 Mountain Bike World Championships.

She won consecutive silver medals at the 2014 and 2015 European Championships. She's ridden for Stöckli Pro Team.

She grew up in Switzerland.

She and Nino Schurter have both raced for Switzerland.

Jolanda Neff Is A Member Of