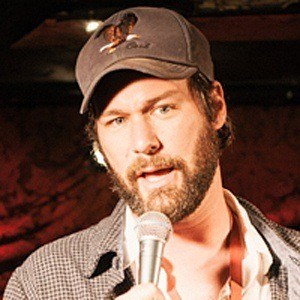 Canadian standup comedian whose best known for his award-winning comedy show The Jon Dore Television Show. He has also appeared on Comedy Central's Live at Gotham and Inside Amy Schumer. He also hosted Funny as Hell on HBO Canada.

He became known as a correspondent for Canadian Idol in 2003. He started making waves in the comedy world as a host for Cream of Comedy in 2005.

He won a Canadian Comedy Award for Best Stand-up Newcomer in 2006.

He was born in Ottawa, Ontario, Canada, and grew up alongside his sister, Allison, who's also been featured on his show.

He was the first featured comedian to appear on Conan on November 11, 2010.

Jon Dore Is A Member Of