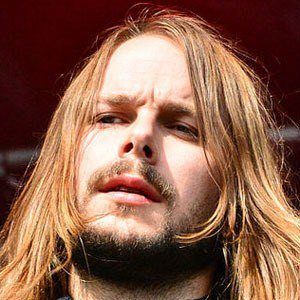 Hard rock musician who rose to fame performing lead guitar duties for the band Graveyard. The band entered a short-lived hiatus in 2016 before announcing their reunion in early 2017.

One of his first US performances was at the 2008 South by Southwest Music Festival.

He has had the opportunity to share the stage with several of the biggest heavy metal acts, including Mastodoon and Clutch.

He met his wife in Austin, TX and the couple gave birth to a son.

In 2013, he and Graveyard toured in support of Chris Cornell and Soundgarden.

Jonatan Larocca-Ramm Is A Member Of