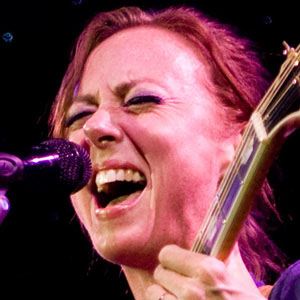 Musician whose work incorporated the styles of folk, pop, and rock and was noted for its complex harmonies.

She attended Amherst College where she met Jennifer Kimball. The two performed together frequently while they were in college and became known for their witty lyrics.

Her songs were featured in Once and Again, Dollhouse, Buffy the Vampire Slayer, and many other TV shows.

She married Patrick Raines in 2004.

Her song What You Don't Know was the theme song for the TV series Dollhouse, which starred Eliza Dushku.

Jonatha Brooke Is A Member Of