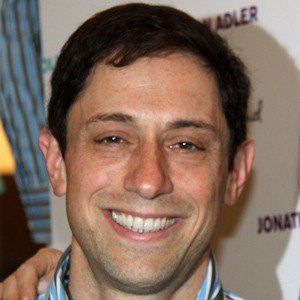 Potter and designer who launched his first collection in 1993 at Barney's New York.

He found a love for pottery at the age of 12 at camp. He attended Brown University, but spent most of his time making pots at Rhode Island School of Design.

He taught classes in New York City in exchange for free studio space.

He has been interviewed by Oprah Winfrey.

Jonathan Adler Is A Member Of