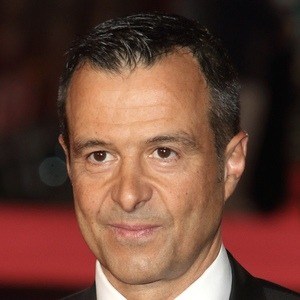 He worked out Nuno's move from Vitória de Guimarães to Deportivo de La Coruña in 1996.

His daughter is Marisa Mendes.

He and Riccardo Montolivo have both won Globe Soccer Awards.

Jorge Paulo Agostinho Mendes Is A Member Of