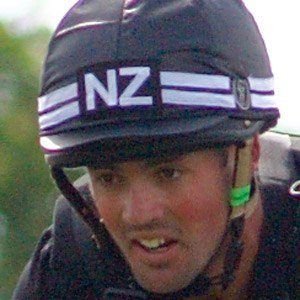 Show jumper from New Zealand who won the bronze medal at the 2012 Olympic Games in London. He won the British Open and the Mitsubishi Motors Badminton Horse Trials on the horse Clifton Lush in 2013.

He began riding horses at eighteen and worked as a bricklayer.

He won the award for Eventer of the Year at the New Zealand Horse of the Year Show in 2009 and 2010.

His mother was also a show jumper.

He and Mark Todd are the first two equestrians ever to win the Badminton Horse Trials in their debut appearance.

Jonathan Paget Is A Member Of