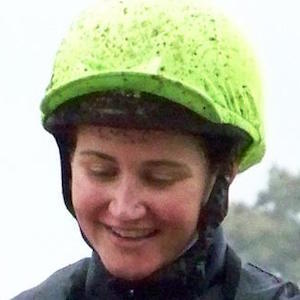 Horse jockey most well known for becoming the first woman to win the Melbourne Cup since the event's inception in 1861. She and her mount, Prince of Penzance, beat out the 100-1 chance that the pair would lose, to the shock of the bookmakers.

She loved horse racing even as a child and was heard by her friends at only seven years old vowing that she would one day win the Melbourne Cup. By 15, she had entered racing, following 7 of her elder siblings.

Like a number of women jockeys before her, she wore the colors of the suffragette movement during her winning ride at the 2015 Melbourne Cup.

She is the youngest daughter of Paddy and Mary Payne. Her mother, however, died in a car crash when she was only six months old, leaving her father to raise her and her nine brothers and sisters.

She and Hayley Turner are prominent female horse racers.

Michelle Payne Is A Member Of