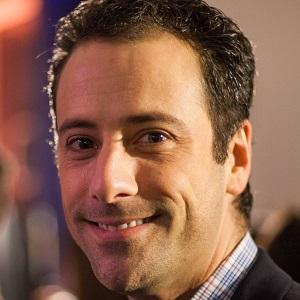 Former President and COO of the website Buzzfeed who helped grow the website's revenue from $0 to $60 million. He joined them in May of 2010 and helped develop their content marketing business model. He later became CEO of DailyMail.com North America and led the acquisition of Elite Daily.

A Princeton University's Woodrow Wilson School of Public and International Affairs alumnus as well as a Columbia University MBA graduate, he would become a strategic partner development manager for Google and an executive in residence at Polaris Venture Partners. He also founded iBuilding.

He was named Ad Age Media Maven in 2012. He joined the board of the app start-up Shake the following year.

His mother worked as a teacher and his father as a doctor turned real estate broker. He has children named Cooper and Edie with his wife Jill.

He worked with Jonah Peretti at Buzzfeed.

Jonathan Steinberg Is A Member Of