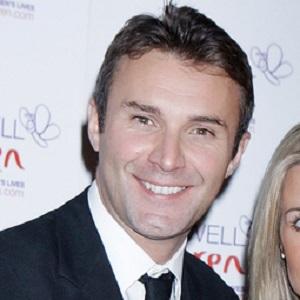 British television personality, singer and actor who has hosted many shows for ITV, including You've Been Framed and Love on a Saturday Night. As a singer, he is most famous for his 2001 single "Just Another Day" and has starred in music theatre productions like Grease and The Rocky Horror Picture Show.

He was a promising young soccer player who played on Everton FC's youth squad before pursuing a career in entertainment.

He captained a team of celebrities against a team of soccer legends in a match broadcast on the Sky One series The Match.

He married Nikki Wheeler in 2004 and has a son named Mickey.

He toured with Robbie Williams on the British pop star's Close Encounters Tour in 2006.

Jonathan Wilkes Is A Member Of