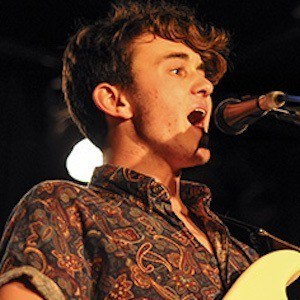 Best known as being the lead singer and rhythm guitarist for the Australian indie-pop band San Cisco. He began playing with his bandmates in 2009, which was when the group was initially formed.

He met his fellow male bandmates while they were high school students at Christian Brothers College. He joined his first band, The Real Life Animators, at age 13.

Jordi Davieson Is A Member Of