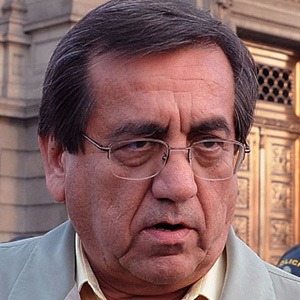 Lawyer and politician who served as the Prime Minister of Peru from 2006 to 2008.

He graduated from the National University of San Marcos with a law degree in 1974. He studied constitutional law at the Pontifical Catholic University of Peru, graduating in 1994.

In 2010 he was elected as the Political Secretary General of the Peruvian Aprista Party.

He has children Rodrigo, Miguel, Jorge, Daniela, and Manuel.

He served as Prime Minister under President Alan García.

Jorge Del Castillo Is A Member Of