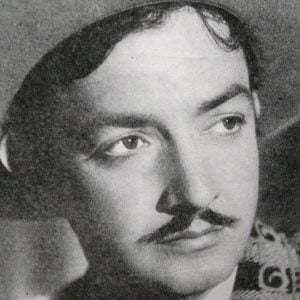 Mexican singer and actor known for the song "Beautiful and Beloved Mexico." He appeared in more than fifty films over the course of his career.

His career began in radio during the 1930s.

He was the leading actor in the Charro film Hey Jalisco, Don't Back Down! with Gloria Marin.

He married twice and his last marriage was to actress in 1952.

He was the chairman of the Mexican Actors Association, which was previously a position held by Cantinflas.

Jorge Negrete Is A Member Of