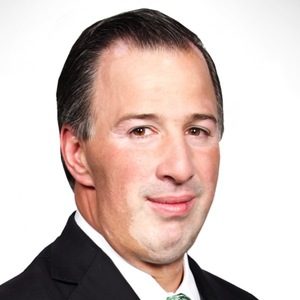 Mexican economist, lawyer, politician, and diplomat who has gained fame serving as the Secretary of Foreign Affairs, Secretary of Social Development, and has expressed his intent to run for the presidency in 2018.

He is the son of former politician Dionisio Meade.

He has worked with former Mexican President Felipe Calderon.

José Antonio Meade Is A Member Of