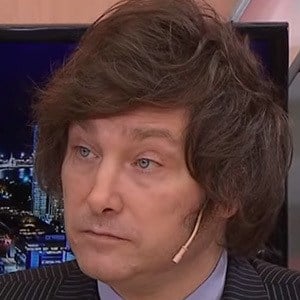 Argentinian libertarian economist and professor who began leading the national think tank Fundación Acordar in 2012. He launched a popular YouTube channel called Milei Presidente where he posts his television interviews for 320,000 subscribers.

He studied economics at both the University of Belgrano and Torcuato di Tella University.

He is the son of a bus driver.

He has been an outspoken critic of Argentina President Mauricio Macri.

Javier Milei Is A Member Of