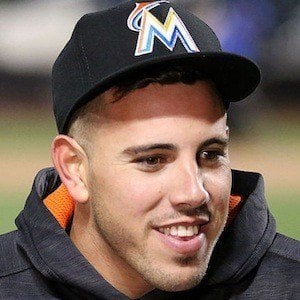 Cuban pitcher who was named 2013 National League Rookie of the Year with the Miami Marlins.

He defected from Cuba as a teenager in 2008.

He tragically died in a boating accident at the age of 24.

He arrived in Florida with his mother and sister in 2008.

He was teammates with Giancarlo Stanton on the Miami Marlins.

Jose Fernandez Is A Member Of