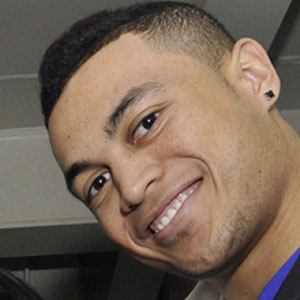 Hard-hitting MLB right fielder who was named to his first All-Star team in 2012 while a member of the Miami Marlins. He was named National League MVP after hitting 59 home runs for the Marlins in 2017. After the 2017 season, he was traded to the New York Yankees.

He was offered scholarships to USC for baseball and UCLA for football after graduating from high school.

He was raised with two siblings named Kairice and Egidio.

Ozzie Guillen was his manager on the Marlins during the 2012 season.

Giancarlo Stanton Is A Member Of