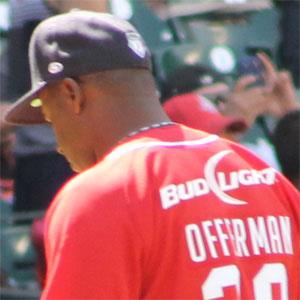 Middle infielder who was an All-Star with the Los Angeles Dodgers in 1995 and the Boston Red Sox in 1999 and led the league in triples twice.

He was charged with assault in 2007 when he charged the pitcher's mound and hit the pitcher with his bat.

Shortstop Nomar Garciaparra was his teammate on the Red Sox.

Jose Offerman Is A Member Of