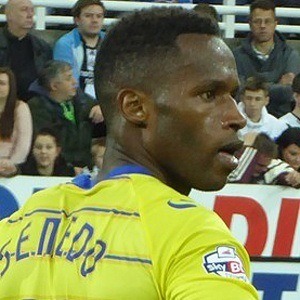 Portuguese defensive midfielder known for his time in the English Championship and League One, playing for Charlton Athletic and Sheffield Wednesday. He was released by Sheffield after the 2017 season.

He made his professional debut with Casa Pia AC in Lisbon, Portugal.

In 2011, he was named Charlton's Player of the Year by Charlton Athletic Football Club.

He is originally from Portugal.

He and his close friend Cristiano Ronaldo posted a viral Instagram photo together in July 2017.

José Semedo Is A Member Of