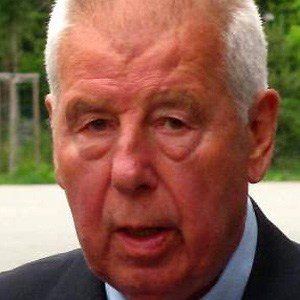 Czech legend who won the Ballon d'Or and numerous other honors while playing with Dukla Prague from 1952 to 1968. He starred for the Czechoslovakia national team for 13 years.

He began his professional career with ZSJ Technomat Teplice in 1950.

He took his Czech team to the 1962 World Cup, where he scored the team's only goal.

He was born in Strimice, Czechoslovakia.

He and hockey winger Pavel Nedved represented Czechoslovakia and the Czech Republic respectively in international play.

Josef Masopust Is A Member Of