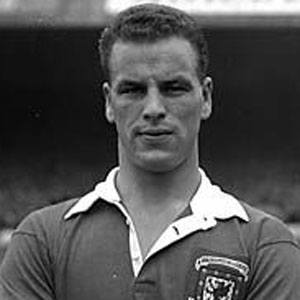 Welsh center back and forward who is considered among the greatest all-around players to ever come from Wales. He scored 150 goals in 297 appearances for Leeds United between 1948 and 1957, then went on to star for Juventus for five seasons. He was a member of the Wales national team from 1950 to 1965.

He played youth soccer for his hometown Swansea club, but he made his pro debut with Leeds.

He stood head and shoulders above most other players at 6'2", but he willfully refrained from tackling or kicking anybody.

His younger brother and his nephew also played for Wales.

He was voted ahead of Diego Maradona and other greats as the best foreign player ever to play in the Italian Serie A in 1997.

John Charles Is A Member Of