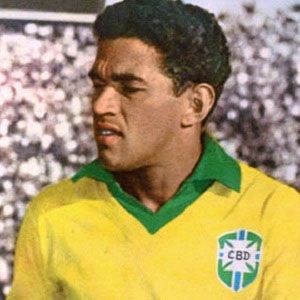 He had to overcome several deformities at birth, including a curved spine and a bent leg.

His name was placed on the home-team locker room in Rio de Janeiro's Estadio do Maracana soccer stadium.

His father was an alcoholic, a problem with which he also struggled.

When he and Pele were both in the lineup, the Brazilian national team never lost a game in international play.

Garrincha Is A Member Of