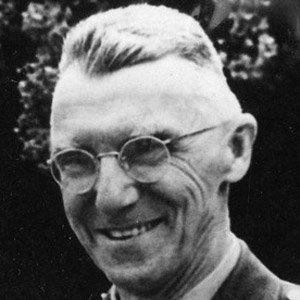 He attended the United States Military Academy at West Point and later served in World War I. Between the two World Wars, Stilwell learned spoken and written Chinese and served at the U.S. Legation in Beijing during the 1930s.

His name was given to a prominent road in the Chongqing region of China, and a Chinese museum was also established in his honor.

His parents were Doctor Benjamin Stilwell and Mary A. Peene. Joseph Stilwell was a descendant of a British colonist who settled in colonial America in 1683.

He disagreed with his superiors on American policy in China and was removed from his post by President Franklin D. Roosevelt.

Joseph W. Stilwell Is A Member Of