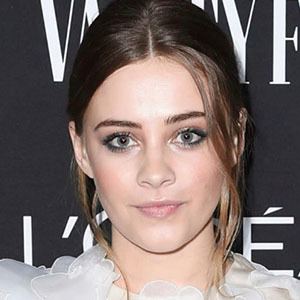 Australian actress cast in the role of Tessa Young in 2019's After. She was previously featured in 2017's Wish Upon and 2017's Pulse.

She acted in a couple of short films called Sex Ed and Gypsy Blood.

She was featured in the TV show Wolf Creek as Emma Webber.

She is the younger sister of 13 Reasons Why star Katherine Langford. Both of her parents, Stephen and Elizabeth, are doctors.

She and Hero Fiennes-Tiffin were cast as the two stars of the film After.

After
After We Collided
After We Fell
More