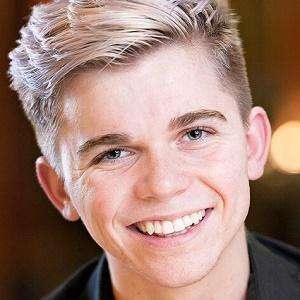 Singer who first made his name on the Hub Network series Majors & Minors then followed that up by competing as a member of Playback on season two of the X Factor USA.

He learned piano at 8, violin at 10, and joined the school choir in 4th grade. By the time he was 13 he'd taught himself to play guitar and had begun posting YouTube videos.

He made his first major appearance on WHATTHEBUCK with Michael Buckley and earned over 5,000 subscribers overnight.

He is from Gilbert, Arizona. His father Tony served as his manager.

Josh Metzler Is A Member Of