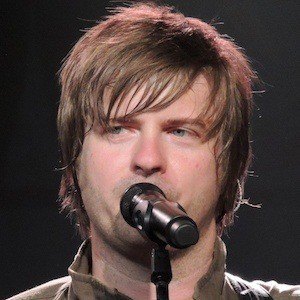 Christian rock vocalist who rose to fame as a member of the band The Afters. With the band, he is best known for the single "Never Going Back to OK," which was one of the most played songs on R&R magazine's Christian chart in 2008.

He and several of his bandmates performed as The Screaming Mimes prior to becoming The Afters.

The Afters' single "Light Up the Sky" was featured on an episode of MTV's The Hills.

He is originally from Wisconsin.

In 2012, he sang a song that was used in the feature film October Baby which starred John Schneider.

Joshua Havens Is A Member Of