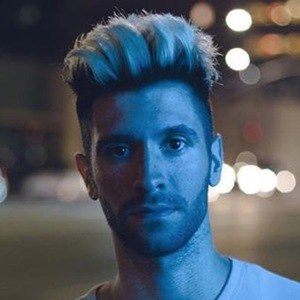 Famous across numerous social media platforms, this singer and guitarist was most popular on Vine, with over 700,000 followers when the app was shut down. He has over 30,000 followers on his joshuamicah Instagram account. He and his musical collaborator Andrew Peret also launched a YouTube account for their band KNOTS.

With his early band Light the City, he toured the United States' east coast.

In 2013 and 2014, he released several singles on iTunes, including "Blueprints" and "We're in Heaven," as well as an EP titled Let It Go.

He was born and raised in Hartford, Connecticut. He has two brothers named Jesus and Elijah.

He collaborated on several Vines with Ali Brustofski.

Joshua Micah Is A Member Of