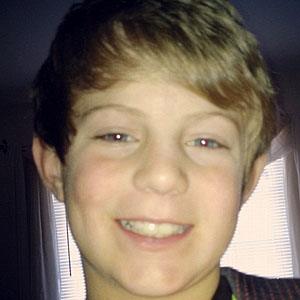 Web star who gained fame for posting pop culture-related videos on his YouTube account, JeebsTVVids. He grew his online presence with the help of his brother, popular YouTube rapper MattyB.

He posted several videos in collaboration with his younger brother, MattyB, including one of them competing against each other in a dance battle.

His parents are Tawny Morris and Charles "Blake" Morris. His cousin posts rap videos on YouTube under the name MarsRaps. In addition to his brother Matthew, he also has siblings named Blake Jr., John and Sarah.

His brother, Matthew Morris a.k.a. MattyB, has a dedicated YouTube subscriber base of more than 10 million.

Joshua Morris Is A Member Of