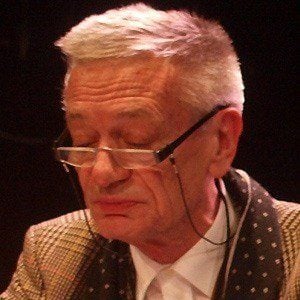 He earned a degree in philosophy from the University of Belgrade in 1955.

He became the artistic director for the Belgrade International Theatre Festival in 1967.

He was born to a family in Kikinda, which was then part of the Kingdom of Yugoslavia.

He translated some of Sam Shepard's plays.

Jovan Cirilov Is A Member Of