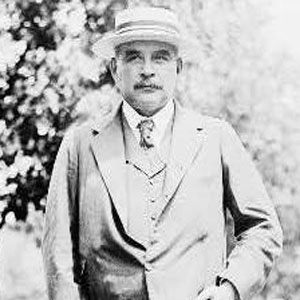 Like his famous father JP Morgan, he had a long career in finance, heading the New York-based Guaranty Trust bank. He also helped finance World War I, loaning millions of dollars to both Russia and France and helping Great Britain purchase military supplies.

He attended Harvard University during the early-to-mid 1880s.

He was the object of a 1915 assassination attempt by a crazed home invader named Eric Muenter.

The London building that was once his home was later converted into the United States Embassy; therefore, a young John F. Kennedy (the son of U.S. Ambassador Joseph P. Kennedy) lived in Morgan's former residence for a time.

JP Morgan Jr. Is A Member Of