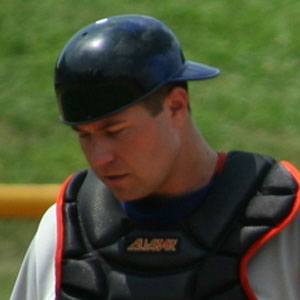 Top catching prospect in the early-2000s whose career was never able to take off due to several injuries; he retired a career .300 minor league hitter.

He was a quarterback at West Virginia University.

He was born in Charleston, West Virginia.

Sure-handed shortstop Jack Wilson was his teammate on the Pirates.

JR House Is A Member Of