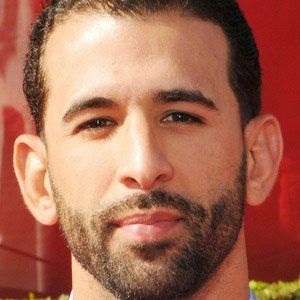 All-Star MLB outfielder who led the major leagues in home runs in 2010 and 2011 while playing for the Toronto Blue Jays. In 2018, he signed with the New York Mets.

He attended Santo Domingo's De La Salle High School and also Chipola College, before being selected in the 20th round of the 2000 MLB Draft by the Pittsburgh Pirates.

He was named to four straight American League All-Star teams from 2010 to 2013.

He had his first daughter, Estela Marie, with his girlfriend Neisha Croyle in 2011. They had a second daughter, Ava, a year later and eventually married in 2017. His brother Luis was drafted by the Chicago Cubs.

He broke George Bell's Blue Jays single-season home-run record in 2010 when he knocked 54 out of the park.

José Bautista Is A Member Of