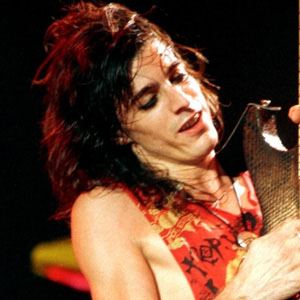 Heavy metal guitarist, bassist, vocalist, and songwriter. He performed with such bands as Dokken, Ratt, and Quiet Riot.

After graduating from high school in Torrance, California, he recorded Back in the Streets (1979), his first album with Dokken.

He wrote such hit Ratt songs as "You're in Love" and "Lack of Communication."

He was born in the town of Santiago de las Vegas, Cuba. He later settled in the Los Angeles, California area.

He played with Dokken, a heavy metal band formed by vocalist Don Dokken.

Juan Croucier Is A Member Of