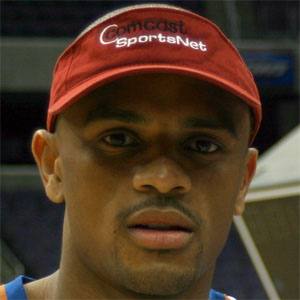 Guard who made his NBA debut in 2002 for the Washington Wizards, after being selected 17th overall in that year's draft.

He had an illustrious career at the University of Maryland, where he was an NCAA Champion, a Final Four Most Outstanding Player, and a three-time All-ACC first team selection.

Following his playing career, he returned to the University of Maryland as an assistant coach.

His parents, Juanita and Phil, died before he graduated high school, after which he was raised by his maternal grandparents. He married his high school sweetheart Robyn, but the couple later divorced.

He was teammates with good friend Steve Blake at Maryland, as well as in the NBA with Washington and Portland.

Juan Dixon Is A Member Of