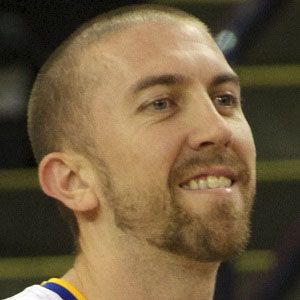 NBA point guard who began his career with the Washington Wizards in 2003 and joined the Los Angeles Lakers in 2010.

He finished his career at the University of Maryland with the fifth most assists in NCAA history.

He won an NCAA Championship at the University of Maryland in 2002.

He had three children with his wife Kristin Blake: Nicholas, Zachary and Jameson.

He became Steve Nash's backup on the Lakers during the 2012 NBA season.

Steve Blake Is A Member Of