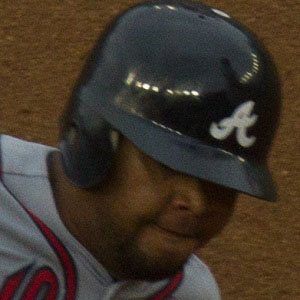 MLB player who hit his first Grand Slam in May 2013 while playing for the Atlanta Braves.

His career began with the Gulf Coast League Reds.

He was traded to the Milwaukee Brewers in June 2013.

He was born in the town of Bonao.

He played with Brian Mccann on the Atlanta Braves.

Juan Francisco Is A Member Of