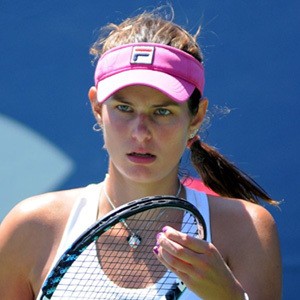 Tennis player who has earned many singles titles during her career, including the 2017 WTA Elite Trophy, the 2017 Kremlin Cup and 2018 Luxembourg Open. She won her first doubles title alongside Vladimíra Uhlířová at the 2009 Slovenia Open.

She cracked the top 10 of Germany's top female tennis players in 2018.

Her parents' names are Vladimíra Uhlířová. She has an older half-sister named Maike.

She has been doubles partners with Karolina Pliskova.

Julia Goerges Is A Member Of