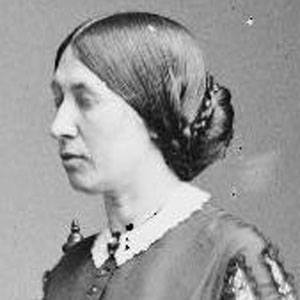 She moved to Austria-Hungary when her father became a US minister there.

She was the first First Lady to write a memoir.

She married the eighteenth President of the U.S., Ulysses Grant, in 1848 after he proposed multiple times.

She was married to Ulysses S. Grant.

Julia Dent Grant Is A Member Of