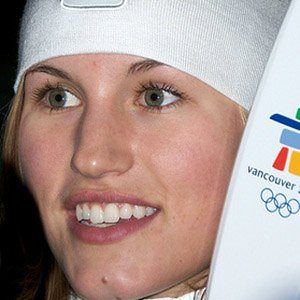 Former freestyle skier most famous as a silver medalist at the 2011 FIS Feestyle World Ski Championships. She was forced to retire following a devastating knee injury suffered one week before the Winter X Games XIV.

She was an alpine ski racer until age 17, when she switched to ski cross and became a member of the Canadian National Ski Cross Team.

Her mother, Stephanie Sloan, was a three-time freestyle skiing world champion. Her father, Dave Murray, was one of the alpine ski racers in the 70's and 80's popularly known as the "Crazy Canucks."

She was teammates with Ashleigh Mcivor on the Canadian national team prior to her injry.

Julia Murray Is A Member Of