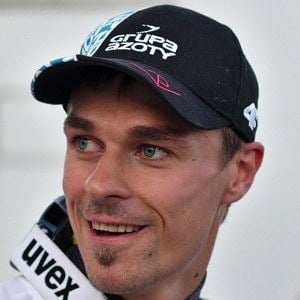 He was 8 years old when he first put on skis.

He tied the Polish record for ski flight length, a record he shared from January 2013 to March of 2015. He later set the Polish national distance record with a jump of 245.5m in a March 2017 competition.

He married Justyna Lazar in 2006. They have a son named Jakub and daughter Karolina.

He was a classmate of Kamil Stoch at Sports Championships School in Zakopane.

Piotr Zyla Is A Member Of