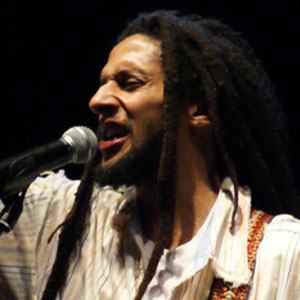 Reggae musician and son of reggae pioneer Bob Marley. Between 1996 and 2009, he released three albums: Lion in the Morning, A Time & Place, and Awake.

He spent his childhood between Jamaica and England, learning instruments like keyboard, drums, bass, and guitar.

His third album, Awake, was nominated for a Grammy Award for Best Reggae Album.

He was born into the famous Marley family of reggae musicians. His brothers Ziggy, Stephen, and Damian also had careers as musicians.

He toured with his brother Damian Marley, appearing at Lollapalooza in 1997.

Julian Marley Is A Member Of