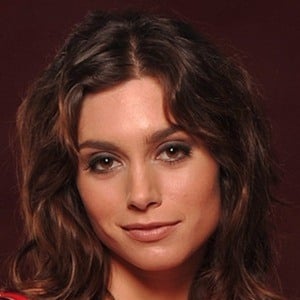 Movie actress who had a role in the 2010 film Elite Squad: The Enemy Within and then appeared in the 2013 HBO television series O Negócio.

She graduated with a degree in Performing Arts from Oficina de Atores Nilton Travesso in 2006.

Her first film was Formigamento in 2004 and then she starred in Dorian in 2007.

Her great-grandfather was from Switzerland.

She starred alongside Malcolm McDowell in Dorian.

Juliana Schalch Is A Member Of