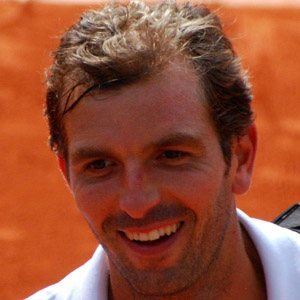 Tennis player from France who won the bronze medal in the doubles competition at the 2012 Olympic Games. He and Edouard Roger-Vasselin won the French Open men's doubles title in 2014.

He won the Boys 16s singles title at the Dunlop Orange Bowl in 1996.

When he won the men's doubles title at the French Open, he became the first Frenchman to do so since 1984.

He was the runner-up to Gilles Simon at the Grand Prix Hassan II in 2008.

Julien Benneteau Is A Member Of