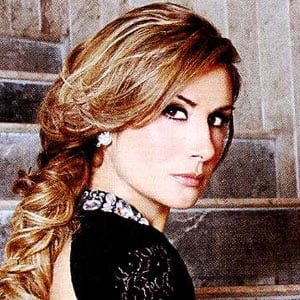 Known for her role as Esperanza de la Vega in the late 1990s film The Mask of Zorro, she also appeared in the situation comedy Viva Vegas and in the Venezuelan soap opera Mi Vida Eres Tu.

She made her professional stage debut in a Teatro de la Ciudad production in Mexico City. She was subsequently cast in the telenovela Un Solo Corazón.

She graduated from the Centro Universitario Anglo Mexicano.

She was raised in Mexico City by a Swedish mother and a Mexican father.

She appeared with Juan Ferrara in the telenovela Infierno en el Paraíso.

Julieta Rosen Is A Member Of