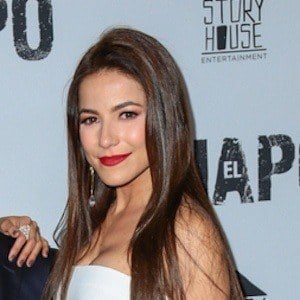 Television and film actress who was cast as Graciela Guzmán on the original Netflix series El Chapo in 2017. Later that same year she landed a role in the romantic comedy film Papita 2nd Base.

She attended the Universidad Central de Venezuela where she studied social communication.

Critics praised her performance on the 2011 telenovela Natalia del Mar.

She is from Venezuela.

She was cast on the series De Todas Maneras Rosa which starred Ricardo Álamo.

Juliette Pardau Is A Member Of