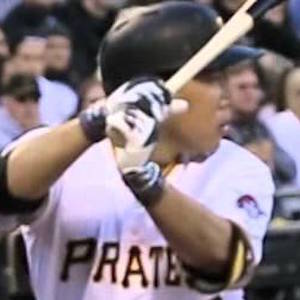 Infielder who made his MLB debut with the Pittsburgh Pirates in April of 2015. In 2019, he was named their starting 3rd baseman for that season. He previously played professional ball for the Hyundai Unicorns and Nexen Heroes of the KBO League where he was a 5-time All-Star.

In high school, his main position was as catcher. He helped his school win the Golden Lion Flag Championship while he earned the individual accolades of Outstanding Pitcher Award and the RBI title.

He won gold medals in 2010 and 2014 at the Asian Games with the South Korean international team. He was named National League Rookie of the Month in July of 2015.

He was born in Gwangju, South Korea to Myung-hee Cho and Sung-su Kang.

He became a teammate of Andrew McCutchen upon joining the Pittsburgh Pirates.

Jung-ho Kang Is A Member Of