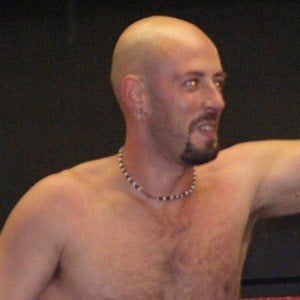 American professional wrestler who is best known for appearing in Extreme Championship Wrestling and the World Wrestling Federation.

He began his training in Alberta in 1992. After working for New England wrestling promotions, he began wrestling in the WWF. He made his first professional appearance on March 1, 1993.

He was born and raised in Waterbury, Connecticut.

He is known for having an upset victory against Jerry Lawler in the series Superstars.

Justin Credible Is A Member Of