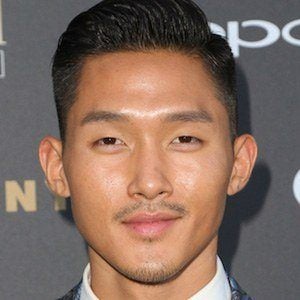 Became the first male Korean-American model to be chosen to compete on The CW's America's Next Top Model, he was cast as part of cycle 22.

He played football in high school before getting into modeling. He has worked with Nike for a number of years.

He has become somewhat of a social media sensation, amassing over 150,000 followers to his Instagram alone.

He grew up in Northern Virginia where he still lived with his parents until the beginning of America's Next Top Model. He has a dog named Happy.

He posted a selfie with America's Next Top Model host Tyra Banks, calling her his Woman Crush Wednesday.

Justin Kim Is A Member Of