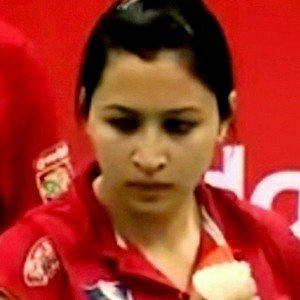 Indian badminton doubles player who represented her country at the 2012 Olympic Games. She's received credit for helping grow the sport in her country and became part of the first Indian doubles team to ever be ranked in the top ten.

She started playing badminton when she was six years old and won several junior championships before going pro.

She and Ashwini Ponnappa have often played as partners.

Jwala Gutta Is A Member Of